Among the hardest-to-see films in Kon ICHIKAWA's oeuvre, this 1968 documentary finds the legendary director approach the subject of Japanese high school baseball with the same lyricism and visual splendor as he did with the 1964 Summer Games in Tokyo Olympiad (1965). On the 50th anniversary of the Koshien games, ICHIKAWA captures the uniquely rigorous training in snow, dirt and schoolyard lots of the young athletes preparing for the all-important tournament, interspersed with historical footage that contextualizes Japan's long love affair with student baseball. A thrilling portrait of youth in the economic boom of the postwar period, ICHIKAWA's rare film encapsulates an entire generation through sports. 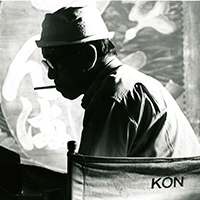 Kon ICHIKAWA was born on November 20, 1915 in Mie Prefecture, Japan. In 1933 he joined the Kyoto J.O. Studio (the predecessor of Toho) as an animator. There he learned planning, screenwriting, animation, shooting, and editing. He then transferred to the assistant directors' department and moved to Tokyo. In 1948, he made his feature film directorial debut. He married Natto WADA that same year. In 1951, he transferred to Toho and directed such films as Wedding March , The Woman Who Touched the Legs, and Mr. Pu . He received recognition for exhibiting a daringly experimental spirit and creating sophisticated comedies of social satire. In 1956, he transferred to Nikkatsu and directed The Burmese Harp , which won the San Giorgio Prize at the Venice Film Festival. At Daiei, he directed several films of quality, variety and poignant visual style in succession, which include Conflagration , Odd Obsession (won the Jury Prize at the Cannes Film Festival), Her Brother (won the Technical Grand Prize - Special Mention at the Cannes Film Festival), Ten Black Women , An Actor's Revenge . In 1965 his name became known all over the world for his documentary Tokyo Olympiad , which won the FIPRESCI Award at the Cannes Film Festival. In 1969, he established the "Yonki no kai" (group of four horsemen) together with Akira KUROSAWA, Keisuke KINOSHITA, and Masaki KOBAYASHI to create a stir in the stagnant Japanese film industry. He died on February 13, 2008 at the age of 92. His filmmaking career spanned 75 years and he never retired.